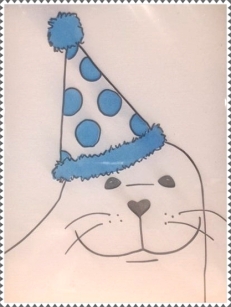 A Legendary Flipper Tale of

Rocky is a much loved and pretty darn famous Hawaiian Monk Seal.  Today, July 31, 2020 is her 20th birthday.  Her monk seal Ohana both on Kauai (born July 31, 2000 @ Mahalepu Beach) and her adopted Island of Oahu definitely want to wish her the best.

She was first seen on Oahu in 2003 and mostly visits the South shore with visits to the West side in between.  One of the good stories is of her legendary haul outs at a volunteer’s home in Diamond Head.  Generally, she would go to Colleen’s house to haul out and molt.  Rocky was around 12 years old at that time and would frequently visit Hale Koa and The Hilton Hawaiian Village when coming back from Kauai after weaning her pup.

In 2012, we had a “need” to film a monk seal for a popular TV show for the Aqua Kids; Hawaiian Monk Seal Adventure.  I was asked the evening before what HMSRTO might be able to do to help ensure a monk seal would be available for filming.  Normally I would laugh at such a request, but it just so happened that we had a call on Friday from our Kauai Ohana that Rocky had weaned her pup.  The filming would take place on a Sunday morning.  Having watched Rocky’s “somewhat” predictable behavior over the last couple of years fingers were crossed.  I mentioned she might show up in Waikiki the next morning.  The idea that we could predict her showing up was a bit unbelievable, but scoffing aside, lo and behold our RH58 Rocky was there at dawn.  It was a successful filming and she made her first famous debut on the show.

Rocky seems to have a predilection towards the spotlight.  Hauling out at Hilton Hawaiian and Hale Koa for many years (one New Year’s Day I will personally NEVER forget).  But, nothing can quite compare to her June 29, 2017 “miscalculation” on a very popular Waikiki Beach.  You can never know with monk seals, but Rocky’s pupping at Kaimana Beach that day was a landmark event.  Certainly, something we didn’t have a past history to compare to.  Luckily there were plenty of trained volunteers that were more than happy to watch after the two celebrities.  The mom and pup pair became a wonderful and positive focus for not only Hawaii’s people but the world as well in recognizing the plight of this special endangered species.

We still have visitors calling us and asking how Rocky and Kaimana are doing.  Fortunately we can all say, happy 20th birthday Momma Rocky.  Your fans and Ohana celebrate your life and you as a living legend.

2 thoughts on “A Legendary Flipper Tale of Rocky RH58”

This site uses Akismet to reduce spam. Learn how your comment data is processed.

MAHALO TO OUR SPONSORS

Assistance from the Conservation Council for Hawaii (CCH)